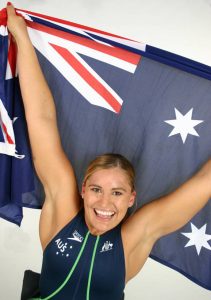 Marayke Jonkers is a Paralympic swimmer, paratriathlete and founder of the Sporting Dreams charity, which helps athletes with disabilities.

She has a love for life and a spirit of adventure and is boldly pursuing her dreams – and loves encouraging others to do the same.

At the age of 13 she wrote a list of 100 goals she wanted to achieve in her lifetime and had ticked them all off by the time she was 30.

Top of the list was winning a medal at the Paralympics.

Marayke became a paraplegic in a car accident as a baby. When her mother was told Marayke would never walk again, she taught her daughter to swim.

Now her inspirational story is inspiring others to follow their dreams.

Marayke has three Paralympic medals, has broken the world record for 100m butterfly, and has more than 70 Australian records in breaststroke, individual medley, freestyle and butterfly.

In 2009 Marayke became Australia’s first female paratriathlete and Paratriathlon medallist when she won bronze at the ITU world championships in Budapest, Hungary.

Marayke retired from competitive swimming in 2011 due to injury, after being diagnosed with thoracic outlet syndrome – an overuse injury of the upper body which prevents her from lifting her arms.

She founded the charity Sporting Dreams in 2008 to help children enjoy fun fitness and personal development through sport. She has already given grants to over 40 promising athletes.

Away from the pool she earned two university degrees, in social science and communications, and  achieved a Dean’s Commendation for Academic Excellence. All this while training for the Paralympics. 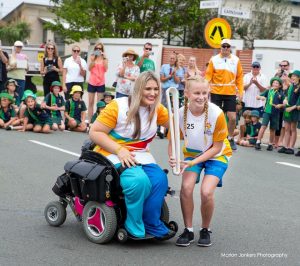 Marayke is in increasingly high demand by corporate audiences as a motivational speaker, and hopes her inspirational story will inspire others to take up sport and follow their dreams. 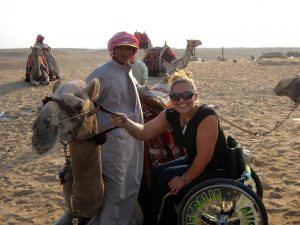 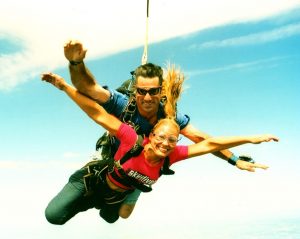 She grew up on Queensland’s Sunshine Coast where she may be found in her time off handcycling the banks of the Maroochy river or enjoying cuddles from her dog Pepe.

Her favourite quote is: “You never know what you can do until you try”. 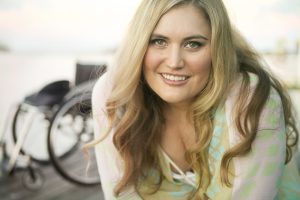